You can read our previous Game of Thrones tips here. Like many of you, I’ve just started coming down from the Game of Thrones season 7 finale. And I think we can all agree, it was as awesome, emotionally traumatising and dangerously sinister as we were expecting. Which is why I’m going to just jump straight into another one of my GoT’s posts, however, this one is going to be season 7 specific for lessons. Kicking off with lesson one:

Don’t be an office jerk

WE SEE YOU BAELISH I did like Petyr. Not that I thought he was an honourable character or that he was one of my favourites, but he was definitely interesting and played a (pretty big) part in keeping us on our toes. For so long he thought he was on top of everything, playing the puppet master role perfectly. And for so long, he was. The level in which he orchestrated the downfall of multiple houses for his own gain was Macbethian. But, that funny thing called karma finally caught up with him and we finally got to see The Starks wipe his smug smile off his face.

Sorry Sansa can’t come to the phone right now, she’s too busy being a badass The same goes for you. Don’t play people against each other and don’t create rumours in order to position yourself more favourably. That should be pretty obvious, even if the person in question is a piece of work. If you have an issue with someone or feel a situation is unjust and you’re not getting the recognition you deserve, it’s better to voice your problems with the appropriate person who can actually do something about the situation or feedback appropriately. This way you’ll be seen as conscientious and proactive towards resolution. This approach can also mean you rationalise your concerns before voicing them, helping you process whether they’re problems that actually need to be raised or is it something you can resolve yourself. Sometimes, yes, it’s useful to vent. But venting is best done in private, with people from your personal life you can trust (and not on social media). By not bitching to whoever will listen you ensure you’re not labelled the office gossip (or the “if they’re not happy they should just leave”), keeping your reputation in tact. Everything comes out in the end, and when it does, wouldn’t you rather be on side of The Starks instead of receiving a slashed throat? (Which is, of course, a metaphor. You’re more likely to get a warning or the sack).

Big task? Break it up and crack on

I want to be clear; I don’t condone the killing and changing of Viserion. That was not cool I know, I didn’t expect to give him props either. However… Like him or loathe him – The Night King gets stuff done. Lead an army of the dead? Check. Need a dragon? Check. Want to march south despite the biggest wall anyone’s ever seen blocking the way? Check. Checks all over the place. Now, The Wall would be enough to put most people off, admittedly. It’s gigantic. Over 300 miles long and over 700 ft high (at it’s highest point). Oh yeah, and it’s supposedly enchanted in order to protect from magical beings. For The Night King, this is as big an obstacle as The Wall literally is. However, as we’ve seen, that wasn’t enough to deter him. When he knew getting through wasn’t going to be the casual stroll zombies are accustomed to, he got himself a dragon. Because let’s face it, that was so planned. And then proceeded to use Viserion to take The Wall down. He then channelled his inner Eminem by going round the outside, round the outside.

I can’t. So, let’s pretend all of this isn’t make-believe and ask yourself; what’s your Wall and what’s stopping you? Are you letting yourself get stuck instead of coordinating your own dragon heist? So, what can help you take down the wall in a blue firery blaze? (Or is it ice? Which one is it??!) Firstly, ensure there are no distractions. When procrastinating, any distractions are welcome. And the more you put something off, the more daunting it becomes. Try breaking them down and tackling each part individually. When each task seems comparable to the size of tasks you’re used to completing, they then become realistic. And as a result – they’re also finished. Learn to take the advice you didn’t want to hear

Hittin’ up Cersei here. Girl has always been bitter and twisted. Except now she’s bitter, twisted and going straight up mad. I’m sure we were all screaming at her to wise up and just join the fight against the dead during the finale. Except, of course, true to Cersei’s style, she wasn’t swayed. Despite the fact she was visibly shaken after coming face to part-face with a wight. 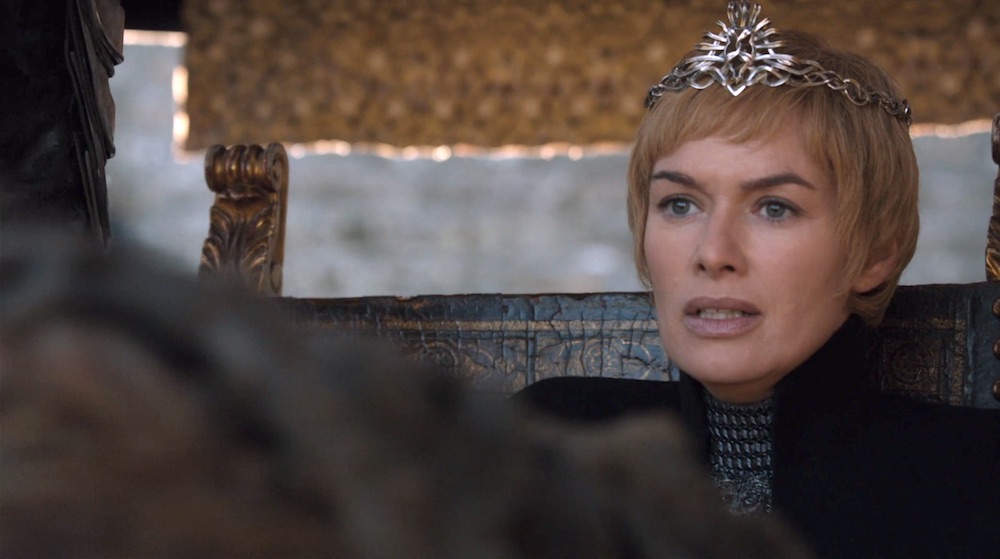 Cer-SEE THEY ALL TOLD YOU. An idiot would be able to tell you the right idea is to help take down the dead. What do you have left once everything is taken from you? Alas, Ms. Lannister wasn’t interested, and couldn’t (wouldn’t) push past her pride after hearing that Jon Snow serves our Dany. She decides not to join forces, even after an incredibly straight and logical explanation from Jamie on honour and how they’re basically all going to die otherwise. A decision, which finally costs her Jamie.

GO JAMIE GO! SHE WASN’T EVER THERE FOR YOU! BEYONCE WILL WRITE SONGS ABOUT THIS. The lesson? Just because we have our hearts set on a particular outcome, doesn’t mean it’s the right one. And just because you have the power to exercise certain decisions and are granted final say, that doesn’t mean that you’re not going to meet repercussions from it. When you’re faced with sound advice, swallow your pride and take it. Great leaders aren’t the people that ignore what they’re told. That’s how you get good team members to leave the company. Familiarity doesn’t guarantee loyalty. When made to feel isolated and underappreciated, people naturally look elsewhere. And when presented with better options where they’re listened to and supported, that’s where you’ll find them. Leaders listen to every side of an argument and make sure they view situations from all angles, in order to make a decision that reflects what’s right not just for them, but what’s the correct decision for the company. I mean, if Daenerys has a Hand, who are you to think you don’t need to seek counsel every now and again?